One thing I love about old buildings is seeing the painted signs on them from days gone by. Imaging what it might have been like before the neon signs of today. 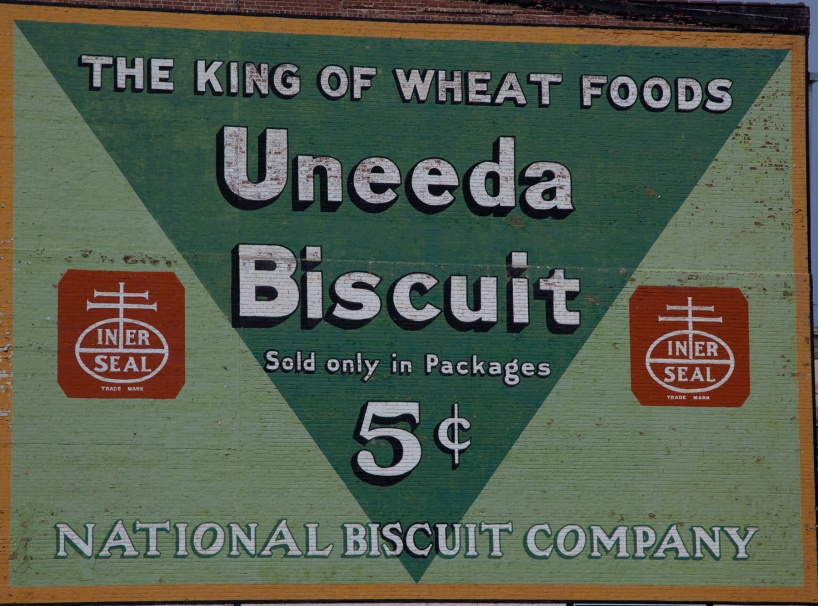 Not all the signs were on the buildings, however. There were some mosaics throughout, especially around the “City Market” where there are several cafeterias and restaurants (and where we enjoyed some wonderful sub sandwiches). 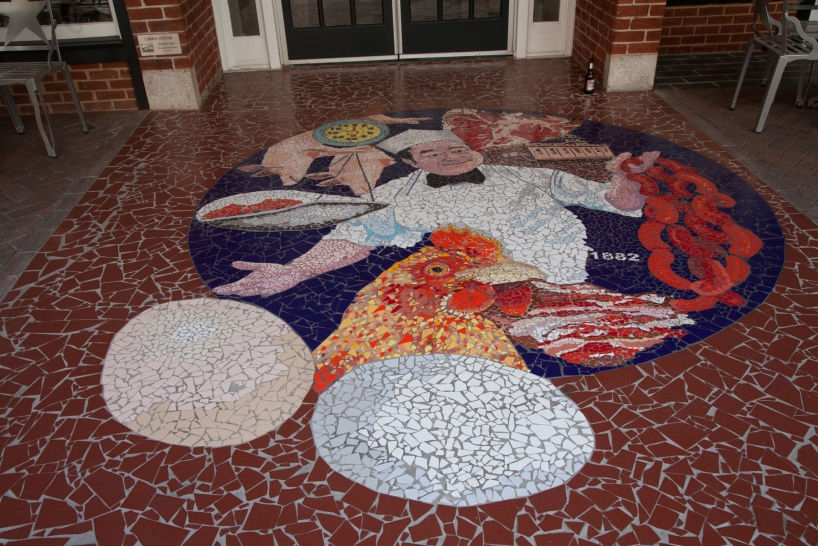 The railroad is what made Roanoke–a town formally called Big Lick, Virginia, and I didn’t know that! Before the railroad it was fields. I find that so hard to imagine now, but what was created is certainly beautiful!

This is Fire Station #1. According to the government site it was built in 1906 and stopped running calls in 2007–though it still offers tours.  It is a historic landmark. I just fell in love with those doors!

I wasn’t expecting to find these sculptured columns in the park-like setting when we turned the corner. They represent Roanoke’s Sister Cities.  The Sister Cities are: 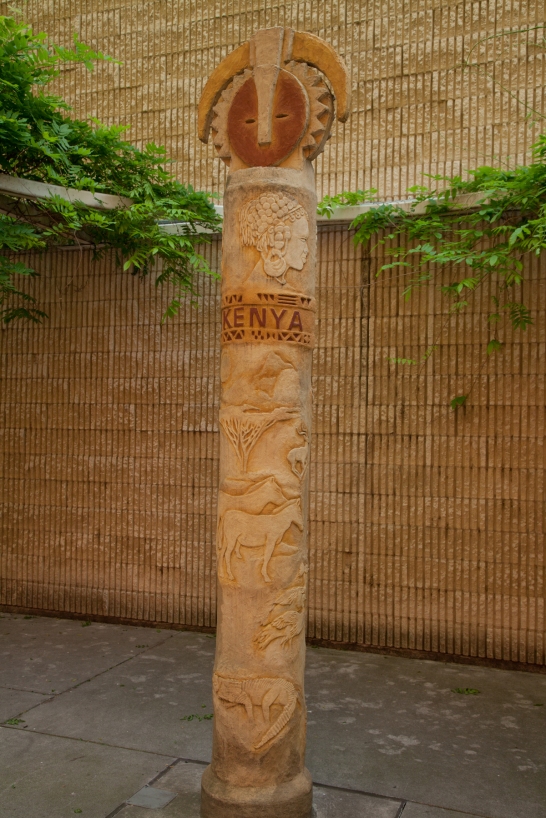 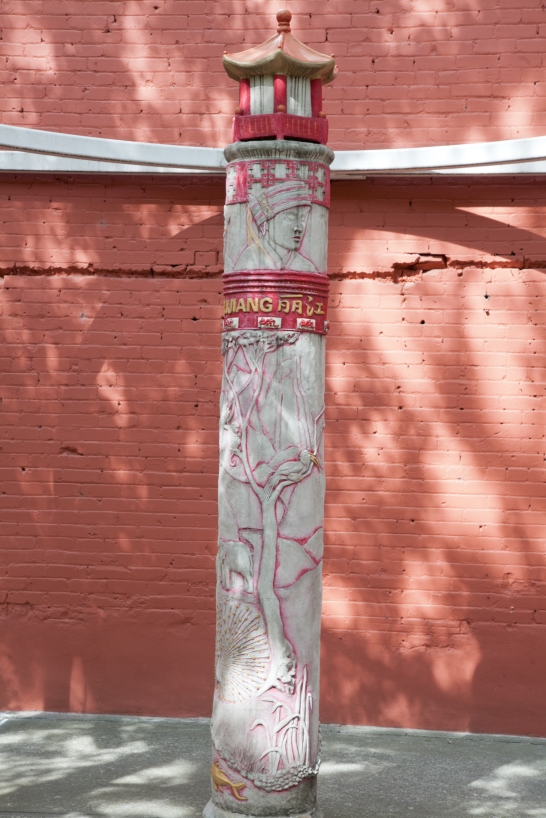 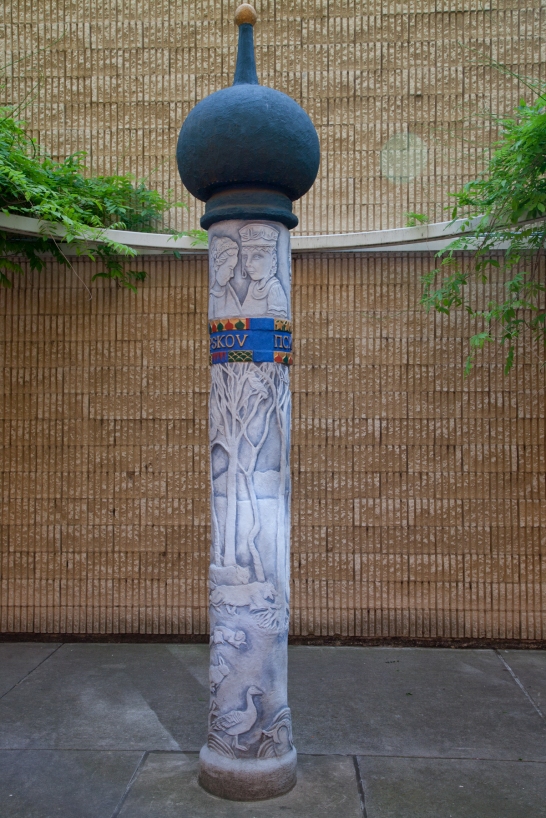 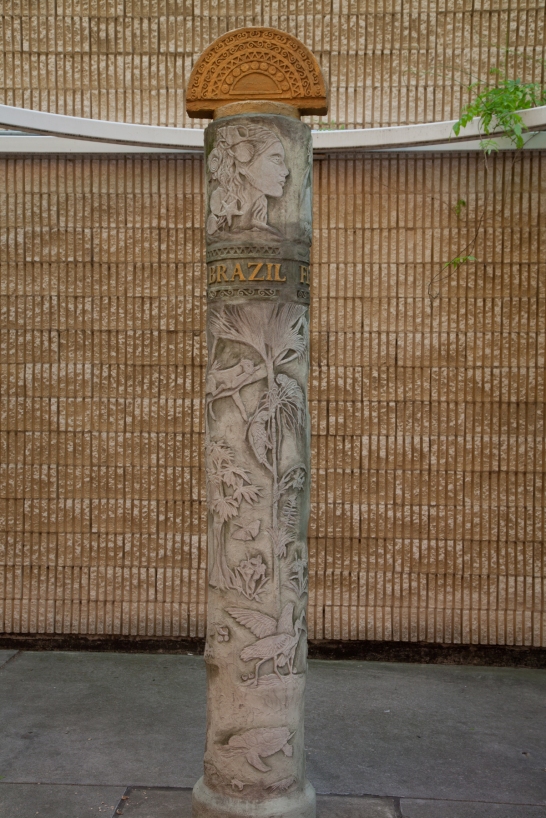 Hotel Roanoke from this side of the train tracks 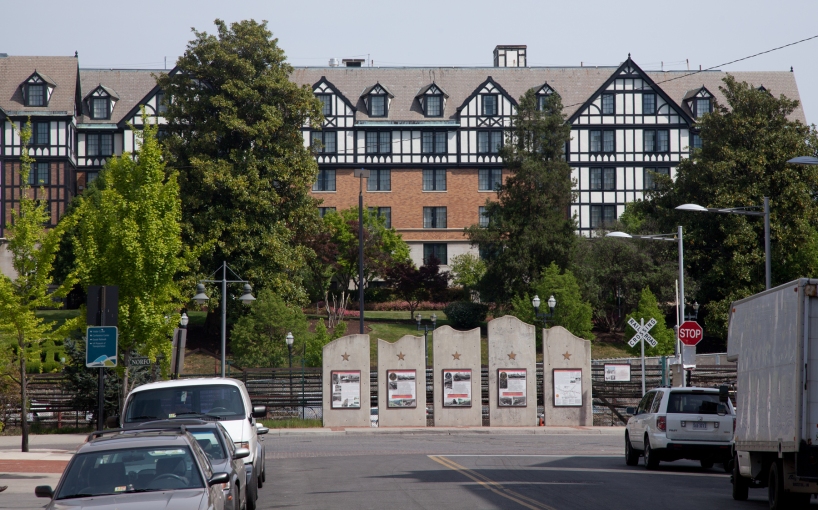 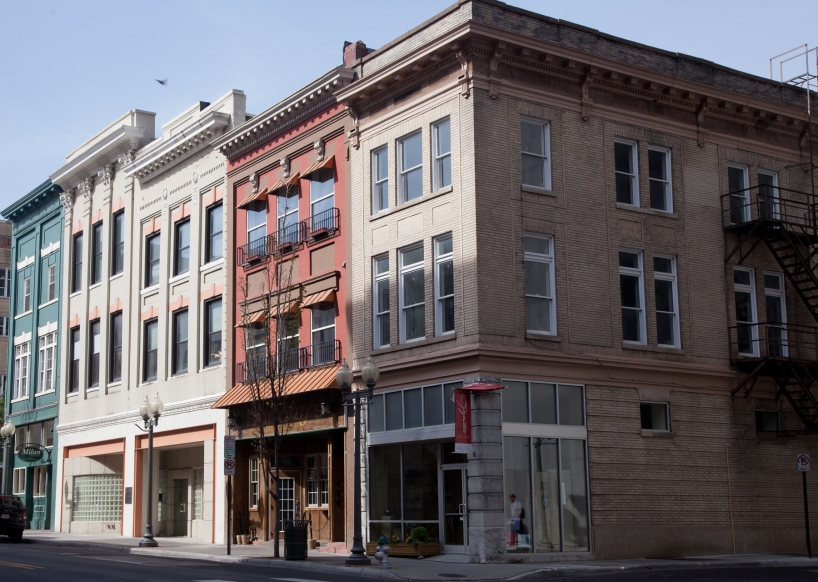 One thought on “On the Road: Roanoke, Part 2 {Central Virginia Photographer}”